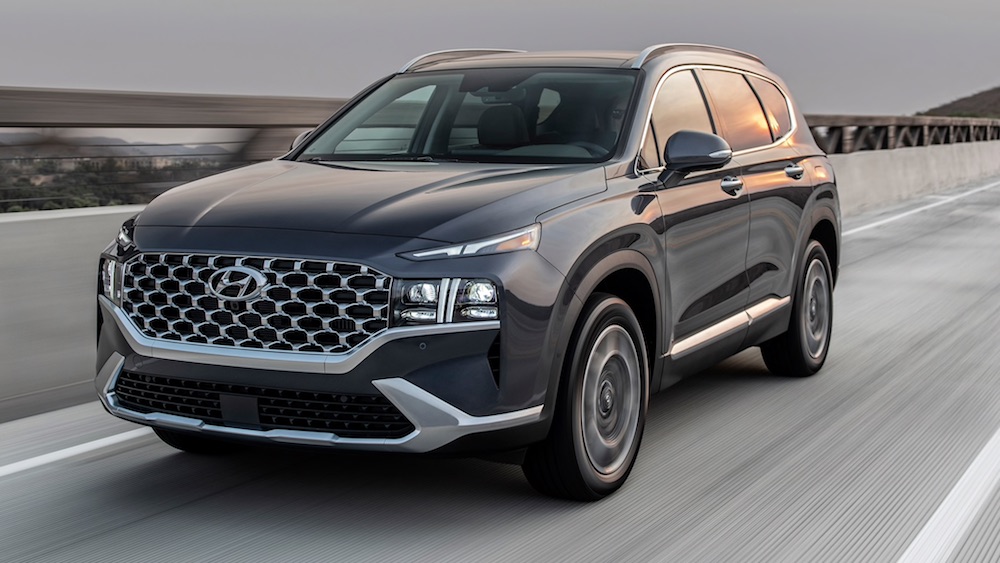 One of the biggest perks of owning a new Hyundai Santa Fe is that it comes with an incredible eight-inch or 10.25-inch touchscreen infotainment center.

Of course, one of the highlights of this advanced infotainment center is that it comes equipped with wireless versions of Apple CarPlay and Android Auto.

While these two systems are meant to be very similar, there’s more than meets the eye. Here’s what you need to know about these incredibly useful and powerful tools.

As you can imagine, CarPlay and Android Auto are meant to be used with the big phone manufacturers. Apple CarPlay works on phones ranging from the iPhone 5 to the iPhone 11 Pro. There are currently 20 phones that support CarPlay. It’s built into the phone’s iOS and is not downloadable as an app.

Android Auto works on pretty much any Android phone from the 6 or newer. If the phone has Android 9 or older, it does require the Android Auto app available for download. Android 10s and newer come with the required compatibility.

How They Are The Same

While Apple CarPlay and Android Auto are meant to run on their respective phones, they operate in a very similar manner. Some vehicles require the phone to be connected to the infotainment center via a USB cable. The phone essentially uses the infotainment center like a second monitor and allows the driver to access compatible apps.

Newer vehicles, like the new Hyundai Santa Fe, come with Bluetooth-compatible versions. Now drivers have hands-free options and make it easy to use voice-controlled features like Siri, Google Assistant, or Amazon Alexa.

How Are They Different?

While these two apps have similar functionality, they do have some significant differences. For example, CarPlay provides an on-screen app for Messenger. Android Auto, unfortunately, does not have this functionality. Android Auto, however, can be modified through the app by simply checking or unchecking boxes pertaining to available apps. CarPlay users have to customize their app list through a series of steps on their phones.

Users can ultimately perform the same actions on either device, but there may be varying and time-consuming steps. Fortunately, most drivers aren’t changing which phone they use based on which functionality they prefer.

Another element to consider when comparing using your iPhone or Android Phone deals with their built-in virtual assistants: Siri and Google Assistant. Google tends to be focused on information, while Siri is focused on hardware.

What’s interesting is that Google Assistant is available on Apple devices, but Siri can only be used on Apple phones and iPads. Both assistants are great for basic commands like sending text messages, pulling up specific music, making phone calls, etc.

There these two assistants differ in how they deal with questions and information. If you ask each the same question, Google Assistant will most likely provide an answer. Siri will often provide a website that helps answer the question, which is less helpful while you’re in the car.

Getting The Job Done

Regardless of which brand of phone you prefer, you’ll be pleased with how each system works the way it is meant to work. There’s no reason to change phones just yet. You’ll learn to use your system’s functionality and will enjoy everything that it offers. That means when you pick up your new Hyundai Santa Fe, you’ll instantly be able to get connected and on your way.