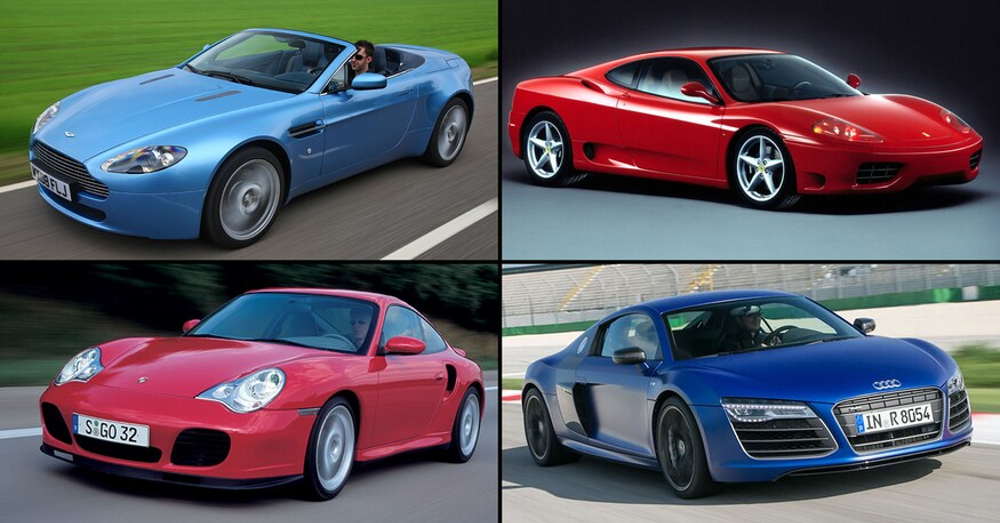 Supercars are often very expensive and can be out of your price range, even if you’ve saved up to have the car of your dreams.

Thankfully, there are some used models that could be perfect for you and fit the dream driving experience you’ve been looking for. Find the name, model, and build that you want and enjoy driving one of these amazing performance machines for less than $100,000.

Did you know this car has been around for so long? If your dream car is the Audi R8 then you probably have. This incredible machine has the look, the build, the performance, and the prestige that makes it a car that will turn heads and offer you the amazing drive you’ve been waiting to experience. You should be able to find an R8 for a price you can afford when you set your budget at 100K.

What makes the R8 the supercar you want to drive? This car is powered by a naturally aspirated V8 engine that makes 420 horsepower and brings you the benefits of Quattro AWD. This was the first halo car for Audi since the original Quattro model was offered. If you’re lucky, you might find the R8 with the V10 engine that came along later and made it one of the most sought-after supercars in the market.

For the price you’re willing to pay, you could buy two of these Porsche 911 models and enjoy the amazing drive that’s offered. As one of the most iconic supercars in the world, this is a version that can give you the right package with the driving qualities you’ll love. The 911 has been a car that has been on posters in bedrooms and garages all around the world for the past several decades.

The problem with the rear end that was part of the generation before this one was corrected to give you the look you wanted and the car that was right for the drive. The Turbo model was the most desirable version of this car and it gave you 414 horsepower and the benefits of AWD to give you the grip, the look, the power, and the Porsche you want.

The last version of the Viper is the one you want and it can be yours for just a little less than your stated budget price. This car is pure power and performance in an amazing package. If you’re looking for a car that will challenge your driving skills and give you the ride that you’ve dreamed of, this is the car you’ll want to take home.

This last version of the Dodge Viper SRT makes it one that has a new-age design with all the muscle of the V10 engine that you’ve been ready to experience. Take on the 645 horsepower that comes out of this engine and see where you can go. You’ll love showing off on the road or taking it to the track to take on other supercars that just might not be a match for the Viper.

You’ll find a wide pride range when you search for the last generation of the Chevrolet Corvette in your search. This model is the last one to have the engine in the front, and that just might make it one of the most attractive supercars to you. Donned as the working man’s supercar, the Corvette has always been attainable and you’ll certainly find this hardcore model fitting in your budget.

Experience the prestige, the power, and the incredible performance that was built into the last generation of the Corvette. When this car was made, it was the second-fastest production car, only being bested by the Porsche 918. The Z07 package makes it a hardcore performance car and the advanced technology gives you an exciting drive in the car that reaches into your imagination and makes your dreams come true.

What list of dream cars would be complete without a Ferrari making its mark? Even though you’ve set a budget at $100,000 you can have this Ferrari 360 and have quite a bit of money left over to schedule some track days and a fun driving experience. The price you should pay will be between $66K and $71K to enjoy the drive in a Ferrari that has been on your poster and in your dreams.

The Ferrari 360 is the car that brought Ferrari into the 21stcentury and it has been a huge success for the brand. This model wasn’t just made in the standard form, a 360 Challenge Stradale was also created to be a race car for the road. Regardless of which version you desire, you’ll love that you can have one of the most iconic supercars of this century as the one you drive when it’s time for some fun behind the wheel.