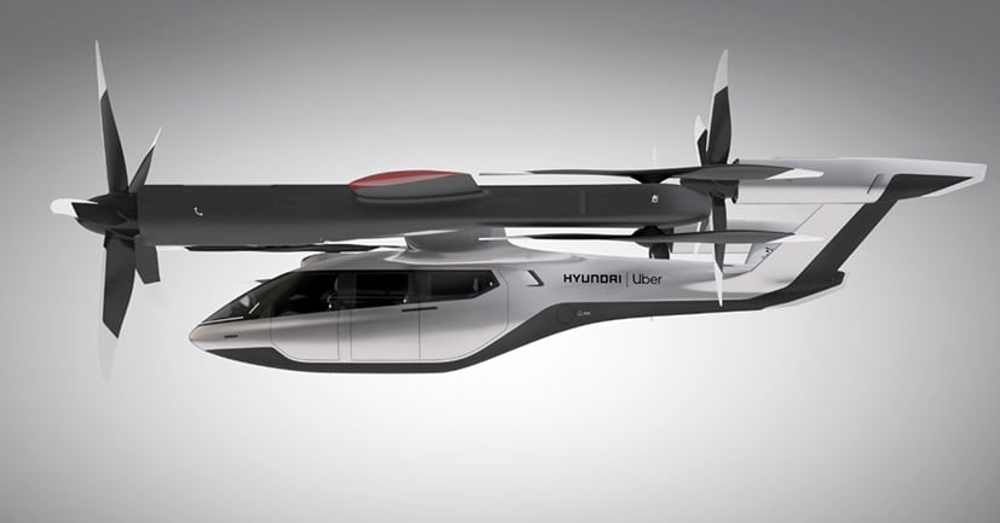 Earlier this year, The Hyundai Motor Company released a statement in coordination with General Motors that they’re working on flying cars.

In 1989, the second Back To The Future movie took viewers into the “future.” There were self-lacing shoes, robotic waiters, and, of course, flying cars. Even though our modern calendar is long past the movie’s futuristic year (2015), it sparked the imagination of countless viewers.

Hyundai believes that this feat could be accomplished by 2025, while GM thinks it will be at least 2030 before all of the logistics are worked out for real use.

Many companies dream of being the first flying car manufacturer, but Hyundai seems to be the furthest along right now. Jose Munoz, Hyundai’s CEO, discussed Hyundai’s progress during a live broadcast at the Reuters Events Car of the Future conference.

How Will They Work?

Unlike the flying car we see on Back to The Future, The Jetsons, or Star Wars, the proposed designs will take off and land like helicopters. There’s even a rumor that these vehicles will have zero emissions, so you can expect some pretty powerful electric components.

The electric-powered batteries are expected to be able to transport five to six people. The hope is that these flying cars will start as urban air taxis that take people from densely populated areas to nearby airports. If that ends up being the case, ride-share companies like Lyft and Uber might be in for some competition.

More Than Just The Mechanics

While various companies around the world are investing major funds into research and development towards a usable flying car, there’s more to this industry than developing the technology.

Pamela Fletcher, GM’s VP of Global Innovation, believes that bringing flying cars to market is going to be a long road. Beyond the simple mechanics of getting a car off of the ground, there are tons of other things to consider.

For example, there will need to be a whole slew of new regulations, policies, and laws before flying vehicles can be used in any practical way. Luckily, amateur and professional drone operators have already opened the door for lawmakers to consider how airspace is used. It will simply take some time before even a functioning vehicle can legally and safely take to the air. Hyundai is studying this and working on flying cars.

Regardless of when this dream comes to fruition, it’s exciting to think that in even ten years, we could see cars taking off and flying through the open sky. Where we’re going, we won’t need roads.