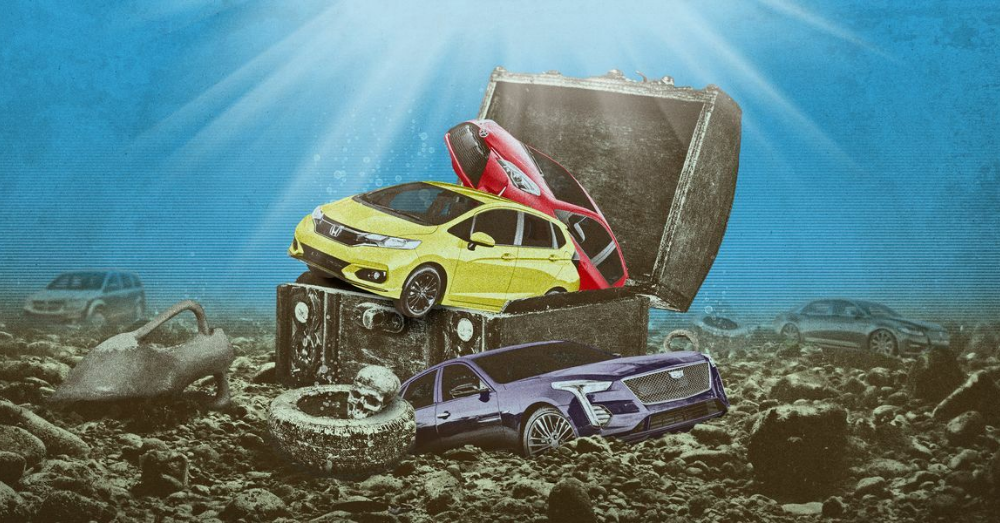 As 2021 comes to a close, drivers say hello to brand new vehicles, updated models, and state-of-the-art technologies. More used cars will hit the market as people go after fresh vehicles. Of course, not all models will be available when the calendar switches over to 2022. Some models will be discontinued.

Automakers have to make the difficult decision to discontinue certain models every year. That doesn’t mean there is anything wrong with these automobiles. Sometimes manufacturers have to clear out the old to make room for the new.

With that in mind, there are several models being discontinued in 2021 that we’re sad to see go. They won’t be completely gone, though. You’ll be able to explore used cars at your local dealership to find these amazing options.

As more manufacturers move towards more fuel-efficient vehicles, some technologies are going to take off faster than others. The Honda Clarity first hit the road in 2008 and was popular enough. Honda tried this car out as a plug-in hybrid and fully electric option, but sales didn’t take off as well as hoped. The EV version was discontinued last year, and the plug-in hybrid version is done in 2021. There’s still hope for the Clarity as a hydrogen-powered fuel cell option.

The good news is that the Veloster isn’t completely disappearing. It’s more like this hatchback is transcending to a new level. The Veloster N will take the place of this popular Hyundai. The Veloster N combines Hyundai’s line of performance racecars with the everyday vehicles we already love. For now, however, the regular Veloster has found its end.

The Mazda 6 has been topping sales lists for over 16 years and three generations. Sales started to drop in the last couple of years as more drivers moved towards crossovers and SUVs. Mazda made the decision to follow the market with a new focus. When you consider how the Mazda 6 sold 70,000 units its first year compared to the 16,000 units in 2020.

This Tesla Model S Plaid Plus may not officially be a discontinued vehicle as it was never actually produced. This new model was announced in 2020 to be the ultimate in an electric performance. Tesla bragged that this speedster could go from zero to 60 mph in under two seconds. It was set to cost just under $150,000. Sadly, the S Plaid Plus never saw the road as it was canceled.

The Kia Cadenza was an interesting vehicle, but it never quite reached the popularity of other Kia models. In 2020, it only sold 1,265 units, which wasn’t too far off from the 1,577 units sold in 2019. Kia decided to cut its losses and completely rebrand this car. It’s going to be called the K8 and won’t be sold in the U.S. anymore.

Gone But Not Forgotten

It’s important to remember that just because a vehicle is being discontinued doesn’t mean it was a failure. Some cars have long runs, while others only cruise the road for a short time. It’s the circle of automotive life.

The good news is that you can probably still find new versions of these cars at your favorite dealership. In the future, however, you’ll have to browse used cars to find a version of one of these discontinued vehicles.

It’s hard to say goodbye to our favorite vehicles, but that only means there are some fresh models coming in our future.