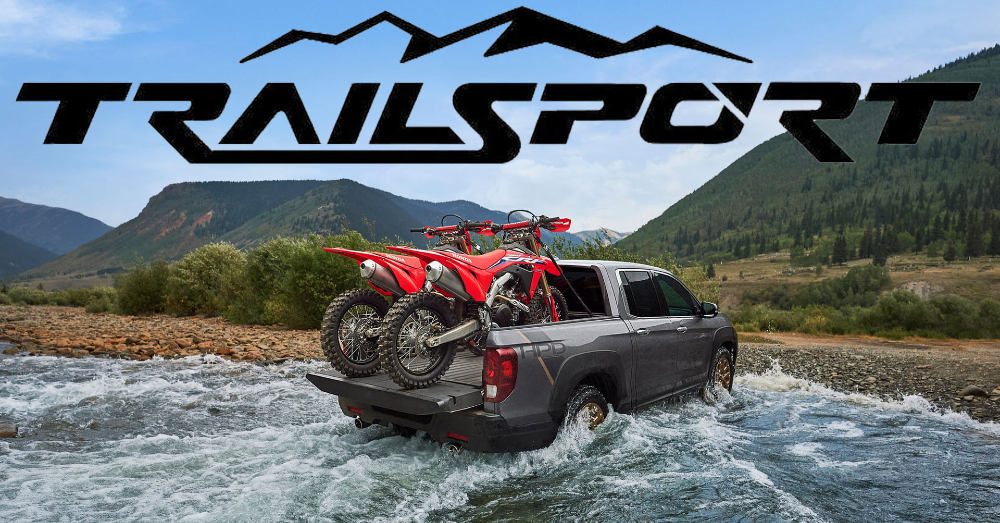 Drivers everywhere were pleasantly surprised when Honda submitted a trademark filing with the United States Patent and Trademark Office for the name “Trailsport.” This new name seems to confirm the rumors that Honda is working on an off-road-themed model or series of vehicles. The most likely contender to launch this new, adventure-themed brand is the Honda Passport.

Since Honda and Toyota have been in competition for years, it certainly seems like Honda is coming after Toyota’s TRD (Toyota’s Racing Development) line. This is an exciting time for Honda lovers as well as those who enjoy an automotive equivalence to an arms race.

Making Room In The Off-Road Market

Up until now, the off-road vehicle market was primarily controlled by vehicles like the Jeep Wrangler, the Ford Bronco, and the Toyota 4Runner. Of course, tons of other manufacturers offer specific trims meant to handle life off of the pavement. Where it gets tricky is that many newer vehicles like to label themselves as adventure vehicles. Some even offer a little bit of off-road capability, but it makes it confusing for drivers who aren’t already educated in the off-road market. Toyota’s TRD line is well-known in the auto world. Toyota currently uses this trim label on a variety of crossovers and trucks to indicate that particular model offers a little extra oomph. There are even TRD Pro trims that really attract off-road lovers.

Up until now, Honda hasn’t really dipped its foot into the pool of off-road adventures. That’s not to say that vehicles like the Honda Passport, Pilot, or Ridgeline can’t handle a little mud, sand, or rocks because they can. There’s just a big difference between being off-road capable and being built to thrive out there in open spaces. The other issue that Honda’s current off-road capable vehicles are that they don’t really look as cool as some of the other makes out there. The newly revived Ford Bronco, for example, just looks like it belongs off-road. That’s not to say that Honda doesn’t have their finger on the pulse of modern style, but it does mean there’s some room to grow.

Everything out there right now would suggest that the new Trailsport line is also going to come with an updated look that’s more appropriate for this style of vehicle. While there aren’t specifics available on any new designs, you can expect things like minor lift kits, bigger tires, fender flares, and even roof cages to help dress up the new Trailsport design.

Most information available right now is speculative. It’s a fact that Honda applied for the Trailsport trademark, so we know something is coming. The name alone points at Honda’s intention to enter the off-road market with a more serious approach. Drivers everywhere are sitting on pins and needles waiting for an official announcement. At the same time, Toyota is probably getting a little nervous knowing that a new Passport Trailsport would offer quite a bit of competition to the popular 4Runner. Now is the hard part. We can do nothing but wait and dream.