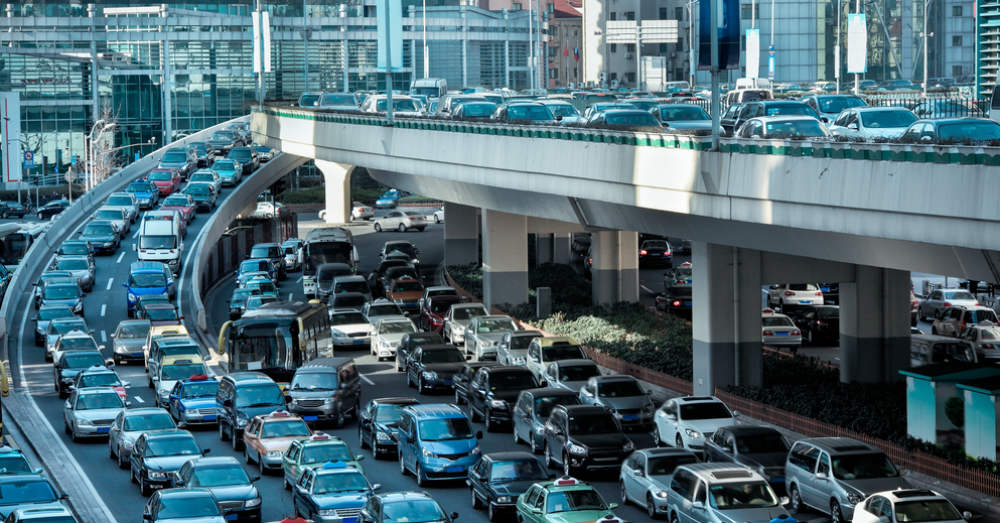 If you love traffic and being stuck in a congested area where there are accidents that litter the highway and make it more difficult than ever for you to get where you want to go, you should ignore this article altogether. On the other hand, if you want to drive around and get where you want to go and don’t want to deal with these things, you want to know what cities to avoid, especially if you’re considering a move or looking for a place to go on vacation. These are the worst cities in the country to drive in based upon a 100-point scale that grades cost of ownership and maintenance, traffic and infrastructure, safety, and access to vehicles and maintenance.

Los Angeles, CA – This city comes a no real surprise as we’ve all heard horror stories about driving around this large and congested city. LA ranks tenth on the list, besting nine others with a score of 42.16. This city is also considered awful for the number of hours spent in congestion and is one of the worst in the country when it comes to the likelihood of an accident versus the national average.

Baltimore, MD – There is an extremely high likelihood of an accident in the Baltimore area and this city ranks ninth with a score of 40.83. This is a city that’s difficult to navigate and is one of the highest when it comes to the cost of ownership and maintenance. If you’re looking for a great east coast vacation, unless you’re looking for something specific in the Baltimore area, you should avoid this city.

Philadelphia, PA – The “City of Brotherly Love” isn’t so hospitable when you’re driving around with the goal of getting where you need to go in a reasonable amount of time. This city scored a 40.14 with higher costs for nearly everything and a low score for access to vehicles. You’re likely to have an accident in Philadelphia as well, but those cheese steak sandwiches can be worth the experience.

Honolulu, HI – This is the second highest cost of maintenance when it comes to cities. The overall score with the four graded aspects comes in at a 38.77, which makes this a difficult city to drive around. While residents don’t have much choice when it comes to driving, if you vacation in Hawaii, maybe you should choose one of the other islands so that you can avoid Honolulu.

Boston, MA – This city take a double hit as the city where accidents are most likely to occur versus the national average and it’s also the city that has the fewest auto repair locations per capita. The city of Boston is one that you might want to visit, but it would be a good idea to try and use public transportation as much as possible.

Seattle, WA – This is the second worst city when it comes to the number of days with precipitation, which is to be expected. The overall score of 37.65 puts Seattle in the fifth place for this list as a city that ranks with high auto maintenance costs and cost of ownership. There isn’t as much access to the maintenance shops as there needs to be in this city either.

Washington, DC – As you might expect, the place where all the decisions are made is also one of the worst to drive in. This city received an overall score of 36.85 and it has the most likelihood of an accident of any city in the US. The nation’s capital is also the place with the fourth-highest parking rates, making this a city that you should certainly take public transportation to get around.

Detroit, MI – Even though this is the city where the automotive industry was born in the US, this city places as the third worst on the list with a score of 36.42 in this study. The cost of ownership and maintenance is high and access to vehicles and maintenance is one of the worst in the country which makes it difficult for you to choose Detroit as a city you want to visit or drive around.

Oakland, CA – The second worst city to drive in with a score of 36.37 is Oakland. This City has an extremely high cost of ownership and maintenance and is one of the places with the highest car theft rates in the country. If you drive around Oakland you will also see this is a city with some of the highest gas prices on average as well.

San Francisco, CA – Across the bay from Oakland is San Francisco which makes it easy for you to see how it can be the worst. The total score of 29.46 and the steep hills and dangerous turns of this city make it the hardest city to deal with and drive around in the nation. This is also the city that ties for the highest annual hours spent in traffic congestion.