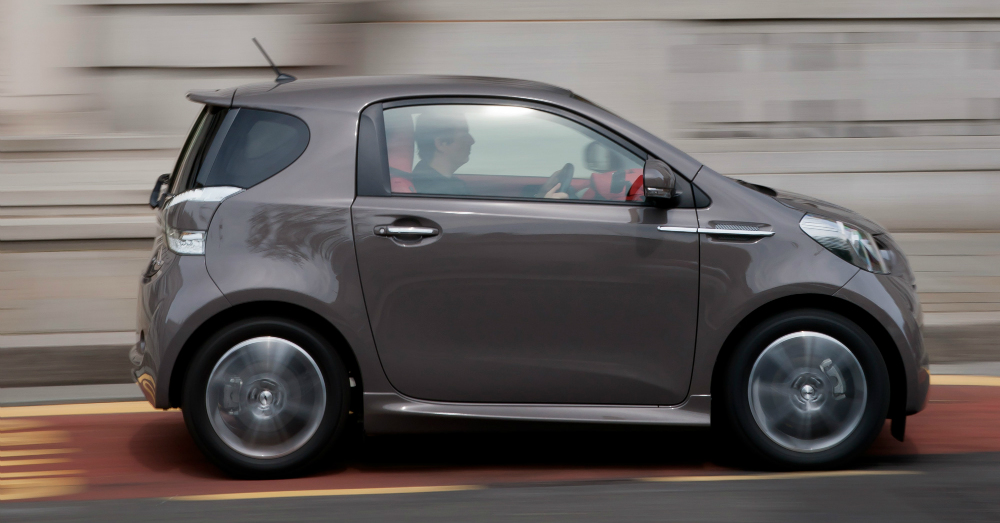 The world is full of oddities that we can witness. When you look at a couple and they don’t seem like a pair that you would expect to be together but it seems to work for them, you get the opportunity to witness an odd marriage. There have been many of these cases over the years in the automotive world for us to see and enjoy as some vehicles that have either been a great way to make a vehicle or have let us down in some form. Let’s check out a few and you can decide for yourself.

Acura SLX – In the mid-1990s Acura watched several SUVs gain popularity and found a need to create their own. Even though they should have worked to make a unique SUV on their own front instead of committing to it the SLX came about as a rebadged Isuzu Trooper that was passed off as a vehicle that was to be more in line with what Acura wanted to offer. This meant Acura took the Trooper and added some upgrades to it so that it could fit in with the Acura lineup and do a good job of actually being a luxury vehicle.

Aston Martin Cygnet – Have you ever heard of the Cygnet? Many in the US haven’t and Aston Martin probably would prefer it to be that way. This is one of the strangest pairings ever with Aston Martin partnering with a company that has been known only for developing economy cars. The result is he Cygnet which wore the Aston Martin badge on it and came in as a small two door hatchback that was seriously strange. The Cygnet does offer some cool improvements over the mainstream cars offered by the partnering company such as improved materials and suspension, but the Cygnet was mostly just a car that should have never been built.

Fiat 124 Spider – Does this car look similar to the Mazda Miata? There is a good reason for that, the Miata is the basis for the 124 Spider as it gives us a great little roadster from Fiat to be a car that makes for a great drive that is a lot of fun. Although the offerings from Fiat are typically not what you expect Mazda to want to work with this marriage made for a roaster that is perfect for driving with some gorgeous Italian design.

Geo Prizm – You would never have expected GM to partner with Toyota, but the Geo Prizm was exactly that, a partnership. The Corolla was quickly building a reputation of quality and reliability which was gaining a huge following. In order to jump into the fray GM put Geo badging on a Corolla and called it the Prizm to allow it to sell and offer the same quality and reliability the Corolla had built. Unfortunately this did not work well at all for GM and the Geo brand was soon known as the bargain basement brand from GM that eventually was dissolved.

Infiniti QX30 – When direct competitors collaborate we are always a bit surprised. The QX30 is the result of a partnership between Infiniti and Mercedes to bring a vehicle that is a subcompact CUV which makes it much closer to the size of a hatchback rather than an SUV. The reason for this vehicle is the lack of sales as compared to Audi and Mercedes. With this vehicle in the lineup Infiniti was expected to attract younger shoppers and come in at a price that is more affordable than many of the other luxury CUVs on the market.

Kia Elan – Do you even know what a Kia Elan is? This actually is the Lotus Elan just a few years after the production ended of the Lotus Elan. This car was only being sold in South Korea, but it certainly was one that offered a great look and a stylish design with the Kia name on it. Kia bought the rights for the Elan from Lotus when their production run ended. Kia sold the Elan with its badge on it until 1999 making for a very unique pairing, especially since Kia did not have a strong foothold in the US at the time of production.

Pontiac Vibe – The GM and Toyota partnership was tried again even after the failing of the Geo Prizm. This time the partnership created the Toyota Matrix and Pontiac Vibe in the same factory together in California. This factory now belongs to Tesla but this was another attempt at the partnership that seemed destined for failure when all was said and done. The idea that the Prizm was built on didn’t last much longer and having a Vibe was not a popular choice by many who thought Pontiac could do a lot better than the Vibe.

Scion iA – The iA isn’t even going to make it a full run before being rebadged, but this car will be carried forward by Toyota with the parent company badging on it. This car is a certain partnership between Mazda and Toyota and since we won’t have the Mazda 2 on the market anymore this was a way to carry on the platform that the Mazda 2 rode on. This car should be an awesome choice for anyone looking for an active and youthful sedan that can be an excellent drive on the road that is also extremely easy to shop for.

Volkswagen Routan – Does this van look like an older version of the Chrysler Town & Country? It really is the longstanding Chrysler minivan that has been rebadged under the Volkswagen name. Instead of this action Volkswagen would have been better off developing its own minivan or choosing not to enter the minivan market at all. At least VW chose a good minivan to copy in the Town & Country which has been near the height of the minivan market for many years. Even though this was a good van to rebadge it didn’t sell as well as VW expected and eventually disappeared from the market.